Yay!!!! Chelsea is graduating - or I should say that Chelsea already graduated back on May 11th. I am just a little slow updating my blog.

We decided to drive out to Indiana using highway 70 since we have already driving out using highway 40. Since we took the entire week off, we felt that to make this a complete road trip, we would come back via highway 80. Neither of us have driven on highway 80 past Wyoming so hopefully there will be more to see.

Did I mention that in order to get to highway 80 we would have to stop in Chicago for a day or two. Just because neither of us have been there albeit the Midway and O’Hare airports. More on Chicago later.

This page will consist of the whole trip to Indiana and Chicago (via Kansas, Missouri, Illinois and back via Indiana, Illnois, Iowa and Nebraska. 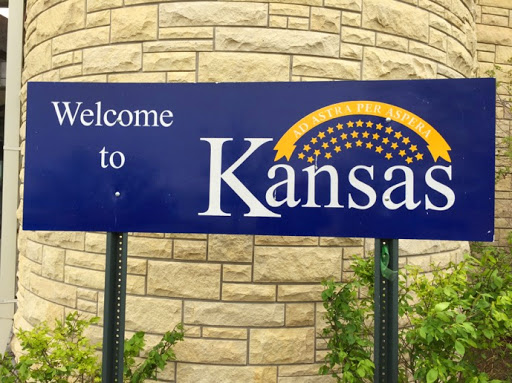 The weather was gray and wet until we reached St Louis. We got to St Louis about 9pm (fourteen hours driving today) so we decided to hit the hay and then go to the St Louis Arch in the morning. We went a few years ago. Those of you who are lucky enough to be recipients of our Christmas Calendar will notice pictures of the Arch from our first trip there. 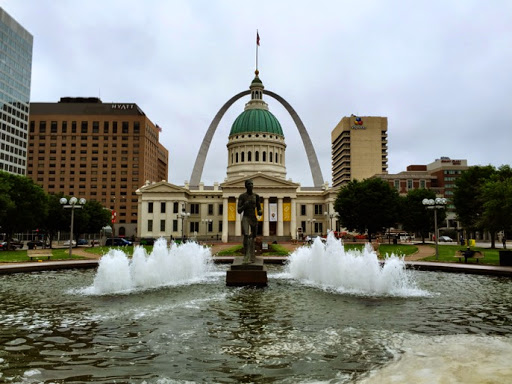 The Arch area was all jacked up. The lakes were drained and a lot of the surrounding area is being demolished due to the Jefferson extension that they are building. Total disappointment. We were glad that we went a couple of years ago. Maybe in a couple more years we will go back. At least the trees were green.

We didn’t have time for lunch at Pappy’s Smoke House. We we wanted to get back on the road about 10am. It is only a four hour drive to Indiana from St Louis. We should arrive around 6pm. I know, the time doesn’t add up but you have never taken a four hour drive with us before. Typically four hours equates to at least six or more. Besides, we loose an hour due to the time zone. So there!

About four hours later we got about an hour or so out of Sellersburg, Indiana. We were really hungry by then so we stopped at the Red Wagon. Southern food at it’s finest (yes, it was actually pretty good). We both had the pulled pork (they were out of lasagna). 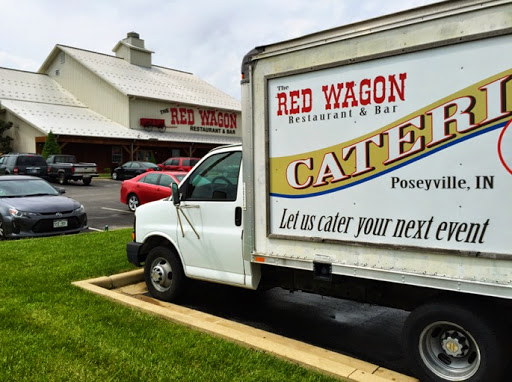 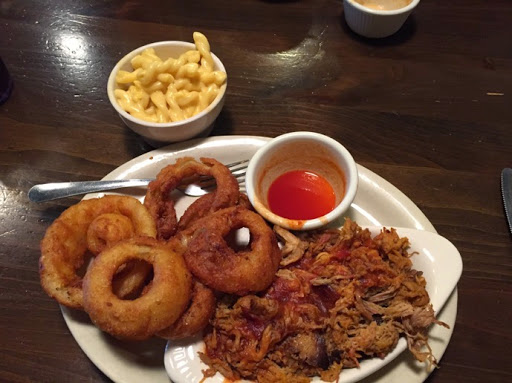 The sauce wasn’t the best but the onion rings and macaroni & cheese kicked ass.

Back in the car for the remaining hour (or two) drive.

We pulled in to Sellersburg around 5pm. Chelsea called and said that we were all going to a Sushi Bar for dinner. Cool. Travis came in from Japan and Steve drove down from Minnesota!

Mark and Lisa and grandma( Josh’s parents came as well). It was nice to see everybody again! Oops, Mark didn’t make it….I need to refresh my blog entry! 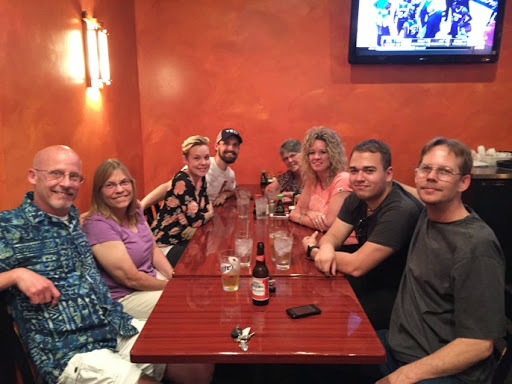