September 02, 2019
One thing is for certain is that traffic does not exist in Kansas or Oklahoma.  Not even during the Labor Day Weekend.

Michelle and I took Friday off so we could do a short road trip (750 miles one way is considered short for us) through Kansas and to Tulsa, OK.

Michelle plotted a few interesting things to see in both states.

Kansas:  Monument Rock (yes, a rock), Strataca Salt Mine and the Keeper of the Plains in Wichita.

Oklahoma:  A waterfall and the Philbrook Museum of Art.

The sun wasn't out and but we had some cool clouds for the most part.

I will have to say that Monument Rock was really cool.  In the middle of nowhere, surrounded by cows and grasshoppers.  I have a crap ton of grasshoppers still stuck in the front grill of the RAV4.  Big ass grasshoppers.  Not those little bastards.

I should probably mention that I crashed the drone.  I only broke off a couple of propellers (I have quite a few spares).  The footage I got was actually pretty good.  Just finished processing my pictures in Lightroom and posted them to SmugMug.  It will be another week or so before I edit the footage.

After spending almost a couple of hours fucking around, we got back in the car and headed towards Wichita.  The goal was to get to the Strataca Salt Mine in the afternoon.  We doubted that we would make it in time but we were optimistic.

The parking lot was empty.  Too cool.

The person on duty was really nice.  He walked us around the museum and gave us some useful information before setting us down to watch a video about the US Army and Indian Conflict.  We fucked the Indians over big time.  I already knew this but it is always good to remind people how bad we treated the Native Americans.  No excuse really.

By the time we finally left we knew damn well that we wouldn't make it to the Salt Mine.  We still had a good four hour drive ahead of us.  We felt it best to head on out to Wichita, have dinner and get a good nights sleep.  The Salt Mine is only a thirty minute drive from our hotel.

Did someone say BBQ?

Michelle had a hankering for some slow cooked swine.  Me too...

We checked in to the hotel and after a little searching on Google we found a restaurant called B&C Bar-B-Q in Wichita.  Cool.  Cool beer (and food) sounded really good about now.

We arrived at the restaurant and once again...nobody there except for a couple of couples.  Is that the right way to say that?  Maybe I should have said a few people that appear to be bed buddies.

I ordered the ribs.  I rarely order ribs because mine are so good.  Michelle ordered the pulled pork.  The ice cold beer was was served first so I had to nurse it so I could enjoy it with my ribs.  The main entrees followed a couple of minutes later.

We both ordered the garlic coleslaw and mac 'n cheese.  DAMN, they should have just called it garlic with a hint of coleslaw.  Good...but damn.

The ribs were awesome and Michelle really enjoyed the pork. 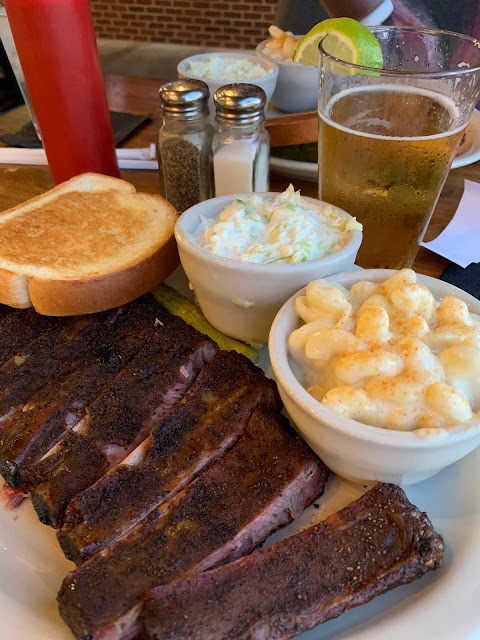 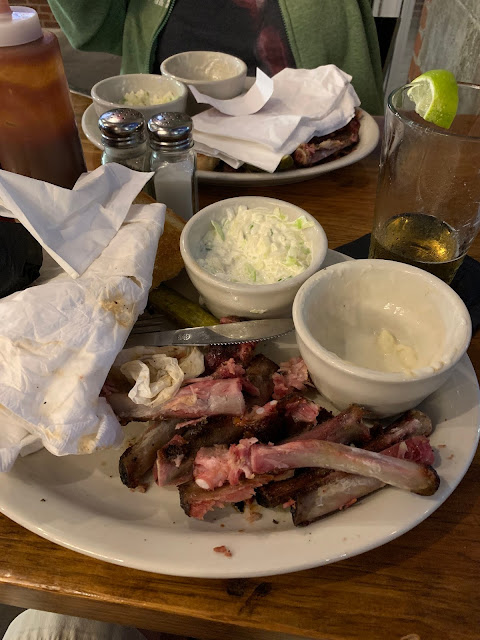 Back to the hotel.  Been on the road all day.