Since we will most likely be getting a new couch and chairs this weekend, it is time to move the existing couch down to the basement. While we are down there, I will re-wire the stereo and hook up the surround sound speakers.

I won’t bore you with all of the details but it took us most of the day to get the basement just right. 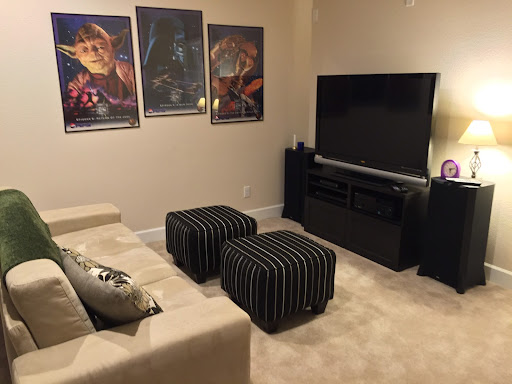 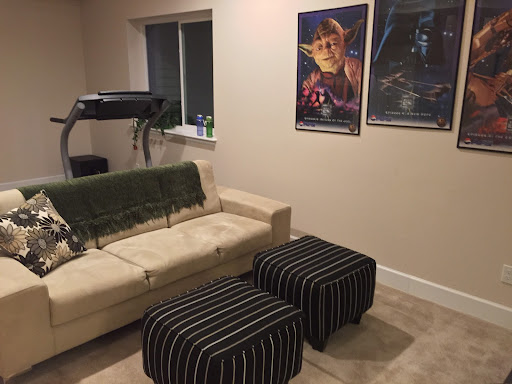 We had another dilemma, where to put all of the DVDs! Michelle got a great idea and thought we should put up some shelves on the landing leading down to the basement. Good call honey! A quick trip to Lowe’s to get some materials and about a half hour later we ready to admire our handy work. I must say, we are getting really good at putting stuff on the walls. We rarely make additional (un-planned) holes anymore. 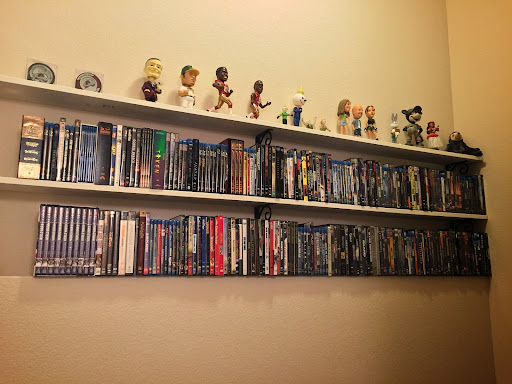 Now, we need to do the same thing with all of the CDs that we have. I foresee another trip to Lowes in the near future.